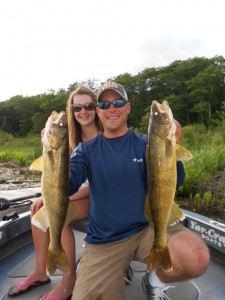 As we approach July 4th, I wanted to reflect on the truly incredible fishing we’ve had this spring.  It’s been nothing short of outstanding!  After a brutal winter that had me seriously contemplating a move south, (just kidding…sort of…) we’ve been rewarded with awesome weather and hungry fish.  Needless to say, it’s been well worth the wait! 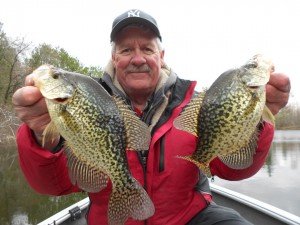 Although May started out cold, windy, and rainy, the spring crappie bite was steady.  My partner Terry Peterson had to delay our annual opening weekend outing due to ice covered lakes, but once we were able to get our boats in the water on May 10th, it was on!  Many 12″ to 13″ slabs were caught throughout the month of May with fish still spawning after Memorial Day in some lakes.  Several of our lakes appear to be in great shape, with a lot of different year classes showing up.     I’m looking forward to getting back after them in the fall, if not before!  As for big gills, they’re just now staging to spawn on many of our lakes.  In most years, the 4th of July marks the end of the spawn, but that’s certainly not going to be the case this year.  We haven’t spent a lot of time targeting them yet, but may do so over the next few weeks. 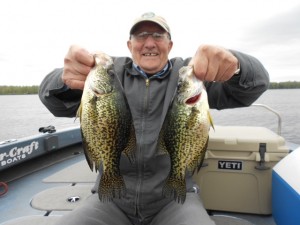 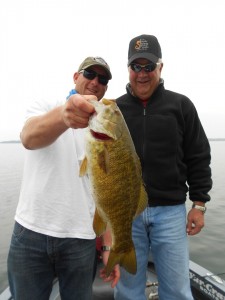 The smallmouth bass pre-spawn bite didn’t disappoint as well.  May is arguably one of the best times to catch the largest fish of the season, and we had several fish up to 21.5″ in the boat.  The jerk-bait bite was consistent until bass started nesting in early June.  This is without a doubt the latest smallmouth spawn I’ve seen in my fishing history as there were still some fish on beds during the last week in June.  The end of June was marked by a post spawn bonanza with fish climbing all over top-waters and wacky worms.  Let’s hope this continues through the summer months! 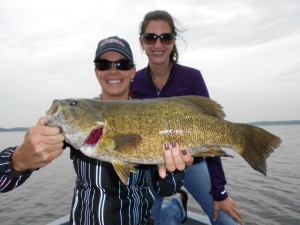 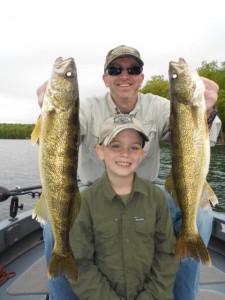 Walleyes, walleyes, walleyes!  That probably best describes the month of June for us.  A strong leech bite started up at the end of May, and it hasn’t let up yet!  Even though there have been some subtle changes in patterns, the deepest weed lines in any particular lake have been holding aggressive fish.  Slip bobbers were definitely the key early on, but the bite has now moved more toward a jig bite with fish holding closer to bottom.  At some point, we’ll switch to crawlers.  With the exception of the St. Louis River, we haven’t had to yet.  The average size of fish has also been impressive with many in the 18″ to 22″ range along with some whoppers up to 29″!  I’m not sure how long it can hold out, but I’m certainly going to ride this horse as far as it’ll take me! 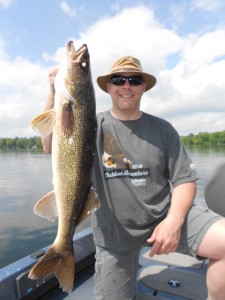 As for muskies, I haven’t had the opportunity to get after them at all yet, but my good buddy Dave Brown had one heck of a day in early June guiding one of his customers to three dandies in the mid to upper 40’s.  Leave it to Dave to put a day like that together! I have some musky trips planned in the near future, and hope to have positive results posted! 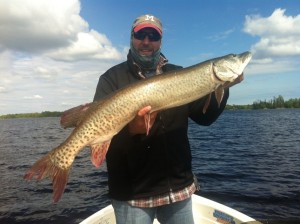 Thank you to all of our loyal customers and friends for an incredibly memorable spring.  It’s one we won’t soon forget!  If the summer months are anything close to what we’ve experienced so far, we’ll be in great shape.  We’re looking forward to all of our upcoming trips and will keep you all posted on how we do.  Thank you to everyone for following these reports and supporting us.  Much appreciated.  Good luck on the water to all of you, and have a spectacular summer! 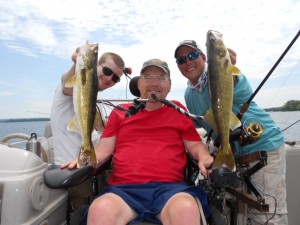