Then it hit me, I would be fishing in the same boat with two icons in their respective industries and professions.  Now my thoughts went from “this will be a slam dunk” to “I hope I don’t screw this up!”. 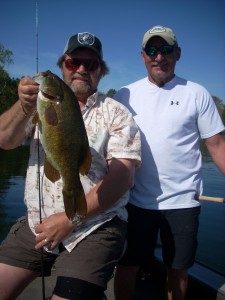 When Steve Toriseva from Babe Winkelman Productions contacted me in 2011 to schedule an early season smallmouth bass shoot for Good Fishing, it took awhile to digest what we had discussed.  As Steve laid out, I’d be guiding outdoor writer and host of In-Pursuit Television Greg Miller along with Babe as we probed the inland waters of Northwest Wisconsin in search of fat early season bronzebacks.  Easy enough I thought.  May would be a prime time to put this together.  Greg and I had been good friends for several years and had spent many hours in the boat together.  I’d previously fished with Babe as well and was eager to get back in the boat with him again.  Then it hit me, I would be fishing in the same boat with two icons in their respective industries and professions.  Now my thoughts went from “this will be a slam dunk” to “I hope I don’t screw this up!”.

Greg and I were introduced to each other through a mutual friend at the Wisconsin Deer Classic in Madison.  I 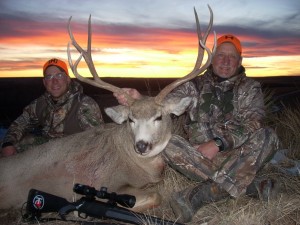 was very familiar with his work at the time and had been a student of his writing.  Greg entered the outdoor industry writing about big woods whitetail hunting in northern Wisconsin.  Books like “Proven Whitetail Tactics” and “Rub Line Secrets” quickly became huge hits among whitetail hunters.  He had developed quite a following of fans from the upper Midwest, and his popularity quickly expanded to hunters throughout North America.  Greg has always had a way of connecting with every hunter.  What he says makes sense, and you don’t need a PhD in wildlife biology to understand it.  Having spent many hours in tree stands myself, and the fact that he was a northern Wisconsin native, made his writing gospel and provided an instant connection. When Greg learned that I was a guide he asked me if I liked to fish smallmouth bass.  I just about choked.  Are you kidding?  I gave him my contact information, and he followed through with scheduling a trip along with his brother Jeff.  We were like minded in many ways with many common interests including the outdoors and beyond.  The three of us hit it off immediately, and the rest was history.  Our friendship continued beyond the water with many more fishing trips, hunting trips, stories, and laughs to follow. 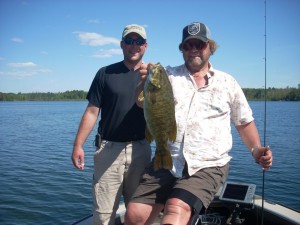 What can I say about Babe that hasn’t been said already?  I grew up watching this guy on television every weekend.  As a young kid with a hunger for all things fishing that couldn’t be satisfied, anything Babe said had to be true.  Whether it was where to fish, how to fish, or what to fish for, my childhood fishing buddies and I considered him a hero.  You see, being from the upper Midwest, many of Babe’s shows were filmed in our back yard.  He made us believe we could do it too and gave us confidence that we could catch fish just like the pros.  Greg and Jeff Miller gave Babe the “heads up” that we had a pretty good thing going for smallies, and when I was contacted to film my first show for Babe Winkeman’s Good Fishing, I honestly had no agenda other than “I get to fish with Babe Winkelman”.  I soon found out that there would be more to it than that.  Apparently, I wasn’t the only one who grew up watching him and our phone lines crashed minutes after the show aired.  Most importantly, Babe didn’t treat me like a fan or even a guide for that matter.  From the moment I got in the boat with him, it was like nothing more than two old friends fishing together as they had hundreds of times before.  We were bonded by something that transcends generations, principles, and values; a passion for fishing and being on the water.

I must admit, it took awhile to get over the gravity of the situation as we started the day.  Here I was, filming a 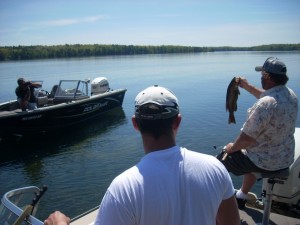 television show with two of the outdoor industry’s greats.  Surely this wasn’t happening!  Actually it was, and they were counting on me to get my head out of the clouds.  Firing up the motor and arriving at our first location was all it took.  It’s ironic how three people who have never been in the boat at the same time together can find common purpose through an act as simple and pure as fishing.  As soon as lures began to hit the water anyone could see why these two guys were so successful in their occupations.  Intense focus, ability to communicate, and sense of humor are obvious attributes they both possess.  Perhaps most of all, a passion and true love for what they do drives them to never be satisfied in a quest for perfection.  Although it was never declared a contest, I can assure you they were both keeping count.  You may also find it interesting as well that they let me do my job.  Let’s face it, between the two of them, they have forgotten more about fishing and the outdoors than I will ever know.  Years of traveling to unfamiliar destinations in search of the kind of experiences fit for television audiences has no doubt instilled the humility and patience that allows the guides they depend on to use their experiences and knowledge to provide the best opportunities for success.  I must tell you however, I learned plenty.  I know my place, and during this trip it would be squarely in the back of the boat with a net at the ready where I could get out of the way and let them do their thing.  The combination of professional hunter, fisherman, and guide proved to be a lethal combination for the smallmouth bass on this trip as we landed big fish after big fish.  Every fish landed led to a story, a joke, a laugh.  Fishing has a way of doing that.  Before we knew it, the camera boat was on the trailer and our mission had been accomplished. 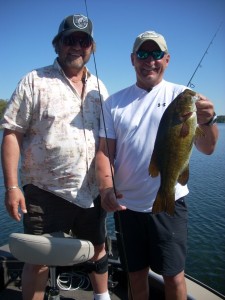 On the ride home that evening, it finally hit home.  Growing up in the outdoors, we all have people that make impressions on us.  Television, books, magazines, the internet (not necessarily in that order these days) are all designed to capture the imagination of young people who dream of spending every moment they have on the water or in the field.  As much as media has changed over the years, this concept has not.  If you would have told me thirty years ago that I would one day spend a day catching monster smallmouth bass in my home state with two outdoor legends there is no possible way I could have imagined that to be true.  Not only did it turn out to be true, it turned out to be one of the most memorable days on the water I’ve ever had.  I hope you enjoy the show.  I know I did!